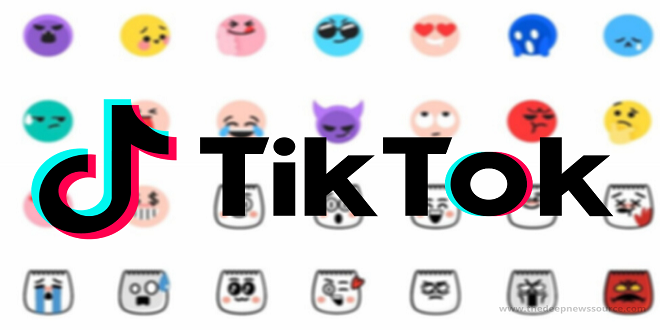 People cope in various ways with the usage of social media channels. It allows them to use these channels for communication, information, and entertainment. Surprisingly, TikTok was one of the most used during the pandemic. It was created by Chinese tech ByteDance and released in September 2016, known as “Douyin .” The social media application “TikTok” is predominantly prevalent in younger age groups. This video-sharing application allows users to be creative and grow different audiences on TikTok. It is no wonder it had millions of active users aged between 16 and 24 years during its first year.

Currently, Tiktok keeps on growing because of its unique features. It has filters, visual effects, and a TikTok emoji list. These emojis are colorful, cartoonish in design, and attractive in style. Interestingly, TikTok released only emoji faces for their exclusive list, no food or other items. Here are some TikTok emojis, and learn to use them today!

Long captions in a mouth-watering food caption are overrated. Try this emoji to give an extra kickback in your Mukbang videos. Mukbang is an eating show, usually found on video-sharing platforms like Tiktok. It is where the host eats various quantities of food while engaging with the ideal audience.

Food savoring food depicts a smiley face with its tongues out and an excited expression. It differs from other tongue sticking out emojis, so don’t be confused. TikTok has users mostly use this emojI posting a meal video that may look and taste delicious. It makes them satisfied in almost the same sense that the emoji expresses.

It is a winking face with a small smile. An emoji to use when someone is feeling flirty. You don’t have to say much; they already know it. But, be careful of people who might send you this emoji with pure mischievous and no good at all!

Several Tiktok users find this social media platform to joke and play around. The winking face will accompany you during those times. Some may use this to hint at a second side story. Send a winking emoji to let your friend know it is the other way around.

Most Tik Tok videos create extraordinarily cool vibes with their audience. You can see this emoji on swag and groovy dance covers. The Smiling Face With Sunglasses emoji reveals a sophisticated look and boosts confidence online. At the same time, it conveys an energetic, fashionable, and fresh aura on social media captions.

This emoji is often referred to as the swag emoji. It depicts enthusiasm, awesomeness, and chill. Use this emoji to comment that you are amused and “Woah, that’s cool!”

When you see hearts in emojis, you already know it’s positive! The Smiling Face with heart eyes expresses feelings of love, adoration, and infatuation towards someone or something. It is commonly used to support, care and show appreciation on Tiktok posts and other social media videos and photos. Tiktok has billions of users, and it keeps on spreading a positive and loving atmosphere. The way people interact with one another is priceless and deserves the smiling face with heart eyes emoji. Express love through Gen Z style!

This emoji is best for reactions to jaw-dropping social media content. It expresses you’re stunned by something that someone created. Use this together with clapping hands and heart emoji to share your amused comments. The face with Open Mouth emoji is a yellow face with its eyes and mouth wide open in an “o” shape. This emoji is widely associated with shock, disbelief, or surprise.

When things on the internet get messed up, this emoji shows disapproval and builds up anger. Rolling our eyes indicates that something is off or rejects the idea of others. Similarly, the emoji world applies the same way too. It reflects frustration, moderate disgust, or a “Yeah, whatever” feeling.

Use this to let someone know that you’re uncomfortable or against their belief. Some girls use this emoji, but it means “duh” or disgusted “ugh.”

A pouting face pose is commonly seen worldwide in selfie photos. People may claim that it looks cute and funny. However, it is way different in the Tiktok emoji world. The pouting face emoji depicts a colored face in red with frowned eyes and a downward curved mouth. It symbolizes an angry emoji. Yikes!

Despite its cute name, this emoji expresses frustration and madness. There are instances when social media posts make your blood boil. Some use this over an argument on an impulsive outburst of violence. This emoji allows users to show that they’re uncomfortable or triggered by someone’s posts. However, it would be best to be mindful and not violate any social media policies.

Tiktok makes creative and mind-blowing videos! Incredibly, users created various effects and transitions that resulted in magic-like contents. If you’re one of the audience, you’ll be amazed. The astonished face emoji depicts a yellow face with open eyes, eyebrows raised, and mouth wide open. Use this to express shock or surprise over mind-blowing and jaw-dropping social media content.

This emoji represents tears streaming down because of uncontrollable laughter. It responds to someone who tells a humorous joke or a hilarious, embarrassing moment. At the same time, it expresses something surprising and funny. This emoji depicts a crying face with raised eyebrows, crying with joyful laughter, laughing while crying out tears.

It is typically used in comedy skits or people want to poke fun at themselves. This emoji is also known as the crying laughing emoji, laughing tears. Use this when you can’t contain your happiness, making you laugh so hard on TikTok videos.

Tiktok has numerous users worldwide. It creates a mutual understanding of different age groups. Don’t miss an opportunity to use this set of emojis! Visit Emojiguide.com for more interesting emoji facts!

Top New Technology Trends That Will Dominate In 2023 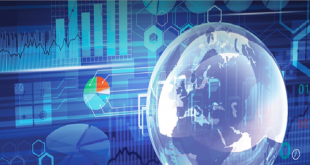 How to Make Your Organization More Adaptive with Predictive Intelligence Software? 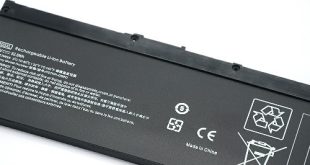 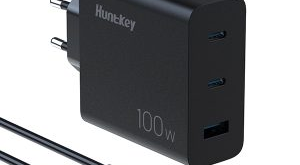 Why Huntkey, A Power Supply Distributor, Is The Best Brand

As a power supply distributor, Huntkey has been supplying power to households and businesses for …